King of the Hill Wiki
Register
Don't have an account?
Sign In
Advertisement
in: Characters, Latinos, Male Characters,
and 6 more

View source
watch 01:55
Cobra Kai Season 4 - The Loop
Do you like this video?
Play Sound

Now Who's The Dummy

Mike Judge
Octavio (voiced by Mike Judge) is a friend of Dale Gribble who is frequently involved in Dale's schemes. He first appears as an alleged hit man who was hired by Dale to kill the ventriloquist dummy Chip Block in Now Who's the Dummy?. After failing in his mission, Dale fired him but has remained good friends with him and made him his go-to guy, and occasional lawyer.

Octavio is essentially a Hispanic version of Dale. It is heavily implied that Octavio's interest in mercenary and conspiracy activities is almost entirely a juvenile fantasy and he has no actual access to the criminal underworld or experience with serious violence, exactly like Dale's life. However, Octavio and his two brothers (or two men posing as his brothers) do successfully engage in a brawl with Bill's terrible roommates in Bill Gathers Moss.

In Father of the Bribe, Dale runs a pirate radio station which he sells to Octavio, who turns the station into a channel for Spanish-language music.

In the episode Dale Be Not Proud, he was hired by Dale to retrieve his kidney from the hospital. He managed to retrieve it himself after Octavio was stopped by Hank, but after seeing that the boy the kidney was going to behaved very similarly to himself as a child he changed his mind about having it put back in.

In The Texas Skillsaw Massacre when Big Jim (a man with a severe anger problem) attempted to attack Dale, he told Octavio to protect him and he replied that he won't because he still hadn't paid him.

In The Good Buck, Octavio joins Luanne's pool bible study, where he flirts with Luanne by trying to pass off his Rob Zombie tattoo (recognized by Joseph, implying that they are both fans) as Jesus.

In Bill Gathers Moss, Bill invites Octavio and his two brothers to move in, so it will force the other roommates out. However, a fight ensues, and Bill hides at Hank's until the police work things out.

In Uncool Customer, Hank is uncomfortable of the seating arrangements at the restaurant The Arlen Barn, so he employs Octavio to purchase a meatloaf sandwich for him. Upon delivery, Hank discovers Octavio has taken a bite of his sandwich, or possibly that Octavio stole the sandwich from someone.

In Just Another Manic Kahn-Day, Octavio sells Hank pills to ease Kahn's manic depression from a stand that reads "Lemonade and 'more'".

Octavio lives with a woman who has a very similar voice to him and whom Dale believes is named "Mrs. Octavio," though this may be a reflection of Dale's ignorance. It is unknown whether this is his wife or his mother. Mrs. Octavio answers the phone when Dale is trying to reach Octavio in Earthy Girls are Easy.

In Bill Gathers Moss, Octavio and his two brothers briefly move in with Bill. However, since this was a scheme to intimidate Bill's previous roommates, it is possible that the other two men were other members of the Arlen underworld who were claiming to be Octavio's brothers on Bill's request and were not actually related to him. 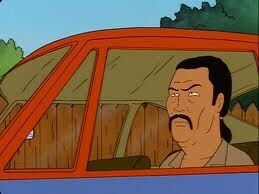 Octavio in a car. 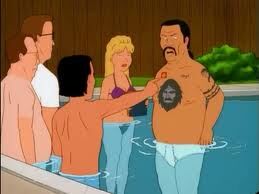 Octavio in a pool. 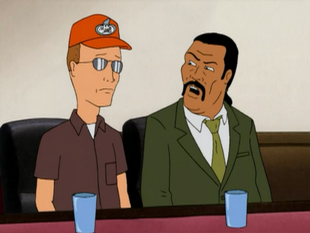 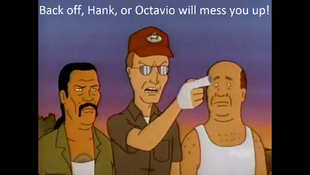 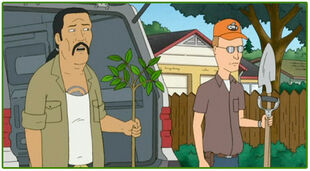 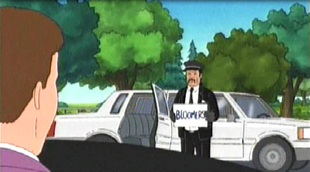