"Ho Yeah!" is the ninety-seventh episode of King of the Hill. It was first aired on February 25, 2001. The episode was written by Alex Gregory and Peter Huyck, and directed by Tricia Garcia. Renée Zellweger and Snoop Dogg were guest stars. The name is a reference to Peggy Hill's catchphrase "Ho yeah!".

Hank’s patience grows short when Tammi Duvall, Strickland Propane’s new employee, makes so many snafus it costs Hank his lunch plans with Peggy. With no one else to dine with, Peggy goes to lunch with Tammi. The pair soon become fast friends, and Tammi expresses a desire to get her GED. Peggy promises to tutor Tammi, and when she learns that Tammi hasn’t a place to live, she also offers her the den—despite Hank’s vehement objections. Soon after, Tammi hooks up with “a friend,” Barry, who is passing through town. Unbeknownst to Hank and Peggy, Tammi is a prostitute, and Barry is one of her customers.

When Tammi returns home, she gives Hank fifty dollars as a way of expressing her gratitude for putting her up. Hank is pleased. Later, while walking through the Arlen mall, Tammi points out a revealing outfit on a mannequin and tells Peggy that she would look nice in it. Soon after, Tammi focuses on giving Peggy a complete makeover. When Tammi returns home, Hank realizes that Tammi is having a “date” with Lane Pratley and Miles Burton on the same night. Hank sees nothing wrong with a woman having a number of suitors. Later, Tammi introduces the made-over Peggy, who sports prostitute-like makeup, teased hair and a short skirt. Hank approves, telling Peggy she looks “hot.” Tammi then gives Hank a cowboy-style hat with a big feather. Later, when Lane Pratley drops by the house, Peggy insists that Pratley stay for one of her home-cooked meals…much to Pratley’s disdain. Later, Hank observes Tammi having an argument with a man and decides to step in. Wearing his feather hat and driving Cotton’s vintage Caddy, Hank confronts the man, whose name is Donald. When Tammi explains that the man took her money, Hank demands its return. Frightened, and mistaking Hank for a pimp, Donald hands over the cash. Later, a man named Alabaster Jones, the “main mack” of Oklahoma City, confronts Hank and introduces himself as Tammi’s pimp. Alabaster accuses Hank of “trickin’ Tammi out all over town.” Hank puts all of the pieces together…and realizes that Tammi is a prostitute and Alabaster thinks he has been acting as Tammi’s pimp.

As a stunned Peggy observes, Hank confronts Tammi at the Arlen public library. Later, as he drives Peggy and Tammi home, Hank is rear-ended by Alabaster. Hank tries to outrun him to no avail. When Tammi requests that Hank stop the car so she can exit and return with Alabaster to Oklahoma City, Hank slams on the brakes. He steps out of the car and tells Alabaster to do likewise. Hank then hands Alabaster all of the cash Tammi gave him…and states that Tammi is now his “ho.” Alabaster takes the money and drives off, after Alabaster mistakes Peggy for one of Hank's prostitutes and tries to take her off Hank's hands. 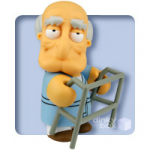 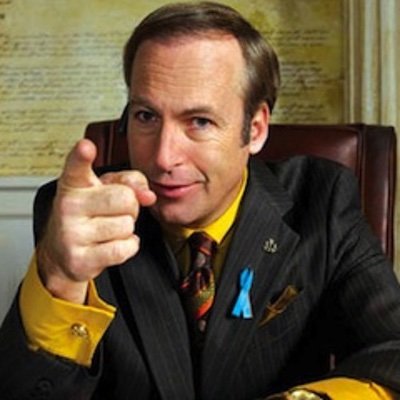 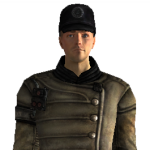